Ergonomics is the study of people's efficiency in their working environment. Over the past couple of decades in the industry, we have become a leader in office wellness through studying ergonomics. We’ve been able to do this through our passion for helping our clients improve their health and well being.

When we work with our clients we examine what is and isn’t working within the workplace. Our ergonomics then experts develop customized ergonomic programs and offer wellness consulting to improve comfort and productivity. No matter your business’s size or needs, we can create solutions to fit within your budget and company culture. 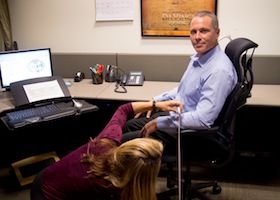 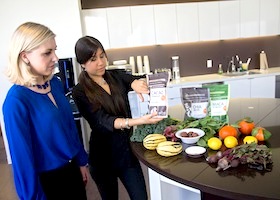 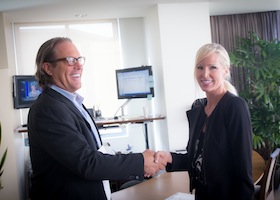 Austin is the capital city in the state of Texas. It has a population of 978,909. Austin is the 11th most populous city in The United States. Since the 2010 census, Austin has had a rapid population growth of 84%, making it one of the fastest growing large cities in The United States. Austin is also considered a “Global City” by the Globalization and World Cities Research Network.

The city stretches across 305.1 square miles. It is located 146 miles (230 km) northwest of Houston, 182 miles (290 km) south of Dallas,] and 74 miles (120 km) northeast of San Antonio. Austin’s location places it at the base of Balcones Escarpment, on the Colorado River. Within Austin’s city limits, there are three artificial lakes. These lakes include:

The central business district of Austin is home to the tallest condo towers in the state. The Independent building (58 stories and 690 feet (210 metres) tall) and The Austonian (56 stories and 685 feet (209 meters) tall). The Independent became the tallest all-residential building in the U.S. west of Chicago in 2018. In 2005, Mayor Will Wynn set out a goal of having 25,000 people living downtown by 2015. Although downtown's growth did not meet this goal, downtown's residential population did surge from an estimated 5,000 in 2005 to 12,000 in 2015. In recent years, buildings continue to go up and the residential real estate market has remained strong. As of December 2016, there were 31 high-rise projects either under construction, approved or planned to be completed in Austin's downtown core between 2017 and 2020. Sixteen of those buildings were set to rise above 400 feet (120 metres) tall, including four above 600', and eight above 500'. An additional 15 towers were slated to stand between 300' and 399' tall. Needless to say, Austin continues to grow year after year.